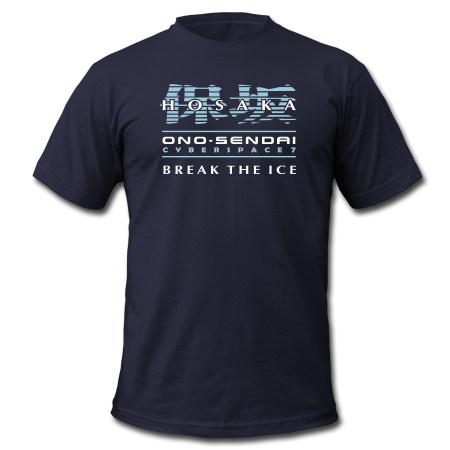 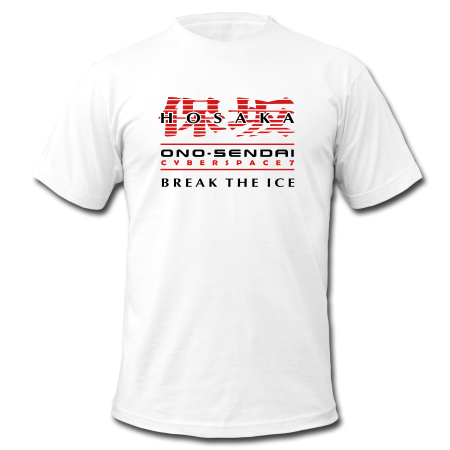 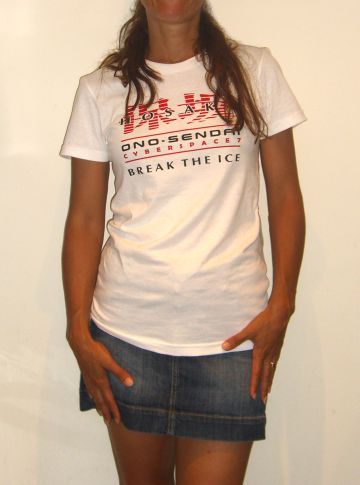 "With his deck waiting, back in the loft, an Ono-Sendai
Cyberspace 7. They'd left the place littered with the abstract white forms of the foam packing units, with crumpled plastic film and hundreds of tiny foam beads. The Ono-Sendai; next year's most expensive Hosaka computer; a Sony monitor; a dozen disks of corporate-grade ice; a Braun coffee maker."

Excerpt from Neuromancer, by William Gibson

A slightly shiny surface, and smooth to the touch. Extremely durable, doesn`t fade with washing.

Plug your Ono-Sendai Cyberspace 7 deck to your Hosaka computer and you got the perfect combination to "Break the ICE".

Inspired by the cult novel Neuromancer by William Gibson.